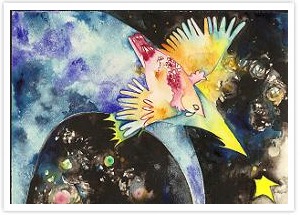 Literary works are created in relation to literary traditions, and one of the classic subject matters of literature has been "food culture." This time, we will consider and compare various works with regard to the theme of "self-starvation."

After first considering the true nature of the illness known as anorexia, we will examine the issue in literary works, as detailed below. I plan to cover Anglo-American literature, but I will also prepare Japanese translations for students unable to read English.

Reference books will be specified in the class.

Goblin Market : The prince's progress and other poems, Oxford U.V.P.

A mandatory task set for every lesson is intensive pre-reading of literary works and essays that will be analyzed in class. Among other things, students are expected to be able to explain the gist of each work from their pre-reading.

While considering first the true nature of the illness known as anorexia, we will then look through literary works such as those detailed beneath. I plan to cover Anglo-American literature, and so that people who can't read English can still understand I will also prepare Japanese translations.

When I last did an explanation of the class structure, the class also included foreign students who needed to study Japanese culture. I have reconsidered the literary works used in the course accordingly and have incorporated Japanese texts as much as possible.

Note: All files are in Japanese